No child should be subjected to bullying

This niche and emerging practice area, part of the broader sphere of education law, at RLG, is built upon our desire to help children and their families stop the tragic and destructive bullying that is so prevalent in our schools, particularly at private and independent schools in the province.

In Ontario, Accepting Schools Act, 2012: An Act to amend the Education Act pertains to bullying. The Act sets out the rights and responsibilities of teachers, schools, school boards, other school board employees, and ministries when preventing or dealing with bullying and cyberbullying instances. The law pertains to all incidents of bullying and cyberbullying that affect the school’s learning climate, whether on or off school property, face-to-face, or electronic.

Bullying and Private/Independent Schools in Ontario 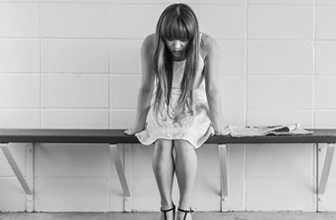 Education is under the legislative domain of provinces and territories in Canada; its major piece of governing legislation in the province of Ontario is the Education Act. Sadly, the provincial government will not help you if your child is bullied in a private or independent school.

You can fight back.

Suing schools has proven effective in the past. For example, in the 2004 case of Kaufman v. Leo Baeck Day School, the parents were successful in forcing the private school to reinstate their son. The school had expelled the Kaufman student after holding a meeting behind closed doors and not giving the parents an opportunity to be heard. With respect to the student, the judge said his conduct had been exemplary.

We’re here to help
Rogerson Law Group and several of its esteemed barristers are here to help you, including Brian F. P. Murphy, QC, and Angela I. Salvatore.

An extremely experienced and successful trial counsel, Brian has a particular niche acting for the victims of bullying. He is retained by Bullying Canada and appeared for them in the seminal Supreme Court of Canada case, A.B. v. Bragg Communications Inc. [2012] 2 SCR 567. Brian has been heavily involved for many years in securing justice for victims of abuse committed by Catholic priests and by the Residential Schools system.

As a completely bi-lingual Member of the Ontario and New Brunswick Bars, Brian acts as trial counsel to Rogerson Law Group in bullying cases generally and is currently engaged in a number of very serious bullying cases against Toronto private school for girls, Havergal College.

Are you a victim of bullying
at Havergal College?

We encourage all victims of bullying at Havergal College, or any other private or independent school, to come forward and share your truth. Whether you’re currently in school or the bullying took place years ago, it is never too late to share your story.

Ontario.ca
We can all help stop it