For a legally valid marriage in Canada, each party must have the mental capacity to enter into marriage. The problem is, the standard for capacity to marry is very low: only a minimal understanding of the nature of the marriage contract is sufficient, and you do not have to be particularly intelligent. This means that marriages are not easily challenged.

However, the reality is that people are living longer than ever before – but with an increased risk of losing their capacity as the result of mental and physical conditions that are typically associated with aging. A particular risk to the elderly and infirm is that they may be taken advantage of by opportunists seeking to profit financially by marrying them.

However, we are seeing a welcome increase in the court’s willingness to declare predatory marriages void.

What is a predatory marriage?

A predatory marriage is a marriage that may be characterized by a number of factors, such as:

Given that marriage confers financial and property rights on both parties, and automatically revokes any existing will of either party – it’s not difficult to see the attraction for opportunists to take advantage of the vulnerable or elderly. 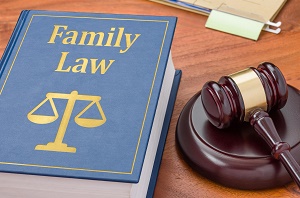 The Ontario Superior Court has recently declared a predatory marriage void, in a case where a wealthy 50-year-old, who was suffering the effects of catastrophic head injuries, was “spirited away” for a secret wedding. They did not live together after the wedding, and six years later it was declared void.

In another case, the older wife had Alzheimer’s – though she did not acknowledge her declining condition and insisted on being independent. She met a younger man at a shopping mall, and he started to prey on her. Around three years later, he took her to a lawyer to make a will in his favour – replacing an earlier will. He was present when she was with the lawyer and, on the evidence, the judge found he was unable to detect testamentary capacity on her part to make a will.

They married the following year, though her family members did not know – and she had, in fact, stated she had no intention to marry. On the evidence, the court found that he had undertaken a persistent campaign to get his hands on her money after they married, and it ruled that she did not have sufficient capacity to marry. The marriage was declared void.

What does this mean?

Predatory marriages are on the rise, both here and abroad. However, the hallmarks of a predatory marriage are increasingly recognizable. The fact that the courts are demonstrating their willingness to declare them void, in the face of incontrovertible evidence, will encourage family members who are concerned that a loved one has fallen victim to a predatory marriage. It will also prove a deterrence to individuals seeking to profit from the vulnerable.

How can we help?

If you have any concerns about a potentially predatory marriage that has taken place, or any other family related issue, contact the specialist Toronto family lawyers at Rogerson Law Group for expert, strategic advice. We can give you urgent advice, particularly if you are concerned about a recent or imminent marriage of your loved one.