When parents drop their children off at school, the last thing they would expect is the school to contribute to the bullying of their children. Schools, especially private schools that rely on new intakes and endowments, want to protect their reputation. Yet, schools that allow bullying to continue despite their guidelines and policies, are putting their reputation at significant risk.

As the number of bullying cases in schools across the country grows, something needs to be done. The lack of support, communication, and action by faculty and administration is causing even more pain and suffering to victims. Parents are not often aware of the extent and details of bullying their children have endured until it’s too late. 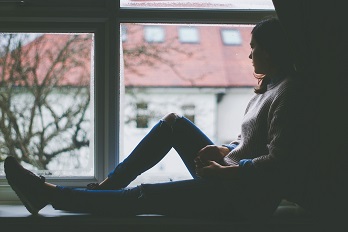 Parents need to be able to spot the signs. Here are some reasons why bullying may go unaddressed:

Parents are usually the last ones to be notified of their children being bullied. Some schools try to conduct their own investigation before notifying parents on false accusations. They may also be assessing the legal implications and reputational damage if the situation became public. If parents believe their child is being bullied, they need to be persistent and ask for clear communication and action. Parents should raise their concerns and correspond with the school in writing so there is a clear record of efforts made to get to the bottom of the situation. Putting things in writing can double as a way to keep tensions and emotions in line, as they may otherwise delay an ultimate resolution.

There is no doubt that a school’s administration deals with many issues, large and small, every day. However, when bullying surfaces, administrators may wrongly trivialize, dismiss, or name it as ‘typical childhood/teenage behavior.’ Administrators may also confuse the matter with ancillary issues – such as learning challenges, attention deficit issues, or other unrelated issues. The consequence of this approach is doubt put into the minds of the victim and their parents, with the potential to dissuade them from raising a future bullying event or attack.

Victims are usually the first to be questioned by administration when an incident is reported. Unfortunately, this can feel more like an interrogation whether the administration means it to or not. As with sexual assault victims, the approach taken by police or parents can often have the opposite effect, making the victim feel responsible. Bullied students are usually questioned repeatedly and asked to relay events. These actions can instill fear and anxiety in the victims to prevent them from speaking up.

When parents get involved and insist on remedies, there can often be a clash of emotion that causes a breakdown of communication. School administrators may become defensive of their school and actions to date. Parents, fearing for the safety and well-being of their children, can become overly emotional. It is important to keep the dialogue flowing and lines of communication open, regardless of how challenging it may be.

At Rogerson Law Group, we have seen how schools such as Havergal College, a private school in Toronto, fail to appropriately deal with acts of bullying. Many former students have come forward and told us about their experiences with bullying, as well as their resentment and anger towards the school for not helping or making the situation worse.

In response to severe bullying in Havergal College, Rogerson Law Group has commenced proceedings with Ontario’s Superior Court of Justice, representing a former student known as Jane Doe, who suffered extreme, unrelenting bullying from classmates and had attempted to take her own life on two separate occasions.

Reputations take years, if not decades, to build and can be destroyed in an instant. The way a school, and their administration, responds to bullying can have a real impact on their reputation. If private schools want to protect their reputation, they must understand that preventing and resolving bullying is the first step.

Rogerson Law Group is committed to protecting the vulnerable and encourages other young women who have suffered bullying at Havergal College to come forward and share their story. Your anonymity can be guaranteed.