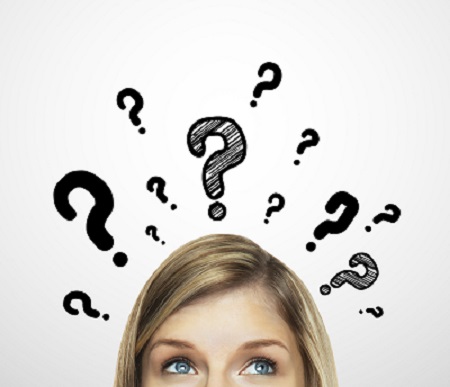 A: You may be shocked and hurt because you have been left out of the will of a close relative, or you received much less than your brothers and sisters. The mere fact that you were treated unfairly may not be enough to contest it. Canadian law has a principle called testamentary freedom, so a will doesn’t necessarily have to be fair. You should get expert advice and make sure that you have reasonable legal grounds for challenging it, as discussed below.

2) On what grounds can I challenge or contest a will in Ontario?

A: The goal of the courts is to enforce the true wishes of the deceased person. If evidence can be found that somebody else interfered in the writing of the will, or the deceased lacked capacity at the time the will was prepared, then the will may be declared invalid. There may be ambiguous terms in the will that require interpretation by a judge, or there may be dishonesty or incompetence in the way the executor administers the estate. 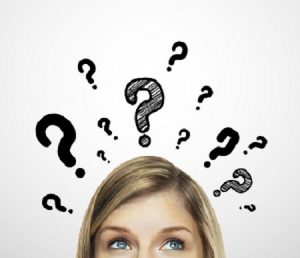 There are also limits on testamentary freedom. You might have provided care for the deceased, for which you are entitled to be compensated. If somebody was dependent for support on the deceased person while she was alive, then she was legally required to have made an adequate allowance for that person in her will. A common-law spouse can make a claim based on this principle if he or she has not been left enough in the deceased’s will. A dependent can even make claims against other assets of the deceased, such as life insurance, which may not have been part of the deceased person’s estate.

3) Is a common-law spouse entitled to inherit if he or she is not included in the deceased spouse’s will?

A: This is a frequently encountered problem. The partners lived for many years in a loving relationship, but they were never legally married and the deceased neglected to update his or her will (or didn’t have a will). The surviving spouse has no automatic claim on the estate (unlike a legally married spouse), but a dependent’s relief claim may still lead to a very substantial inheritance. Ontario jurisprudence is clear on the principle that a dependent’s support is not limited to the “bare essentials” but instead takes into account the dependent’s accustomed standard of living.

4) What happens if there is no will, or the will is ruled to be invalid?

A: This means that the person died “intestate.” The distribution of the property is according to the statute in each province, such as Ontario’s Succession Law Reform Act. If the deceased person was legally married, the spouse always receives the first $200,000. If there are also children, there is a formula for dividing the amount above $200,000 among the spouse and children. If the deceased was not married and had no children, there are rules for determining who are the next closest relatives. In an intestacy, a common-law spouse has no automatic right to inheritance but may make a dependent’s support claim against the estate.

5) Where can I contest a will in Canada?

A: Estates are governed by the legislation in each province. Therefore, you would seek assistance from the court in the province of residence of the deceased person. If the deceased also had property in other provinces or in foreign countries, it can become more complicated. However, most other jurisdictions will accept a will probated in any Canadian province as being able to dispose of the property in those jurisdictions.

A: Probate comes from the same root as “prove.” It means that the person (or persons), who claims a right to be the executor, goes with the will and other required documents to the Estates Registrar of the Court to prove that he is entitled to administer and dispose of the estate. If satisfied, the registrar will issue a “certificate of appointment as estate trustee.” The executor can then show this certificate to banks, land registrars, and any other custodians of the deceased’s property to prove his authority to take possession of that property.

7) Who can contest a will in Ontario?

A: Any person who “appears to have a financial interest” in the estate may launch a challenge or contest a will. This includes any person who would be entitled to inherit under an intestacy if the will was found to be invalid or any person who could claim to be a dependent of the deceased.

8) What are the steps to contesting a will?

A: This can be done even before the purported executor obtains a certificate of appointment as estate trustee. The first step would be to file a notice of objection with the Estates Registrar of the court. That should be done soon after the death of the person whose estate you are contesting. The result is that the person claiming to be the executor cannot be appointed as estate trustee without a court hearing. A challenge can also be started at a later stage, after you have become aware of the content of the will or object to the way the executor is carrying out his or her duties, by filing a notice of application with the court.

9) Can I contest an executor of a will?

A: Being an executor is a very responsible position. Executors have a fiduciary duty of fairness to all potential beneficiaries. They may be penalized with serious cost consequences if they make mistakes in carrying out their duties. If you as a beneficiary believe that the executor is dishonest, acting unfairly, or incompetent, you can file an application to have the executor removed and replaced at any time during the course of administration of the estate. You can also apply to the court for help in interpreting the will or to provide directions about any other causes of disagreement.

10) Can a child contest a will if excluded?

A: Yes, a child has a recognized financial interest in the estate and may have grounds for contesting it if he or she was excluded. However, as discussed below, a child does not have an absolute legal right to be left anything by a parent.

11) Can nieces and nephews contest a will?

A: If the deceased had no children or spouse, the nieces and nephews could be next in line in intestacy, and they would have the standing to contest a will (if the parent of the nieces or nephews who was the sibling of the deceased is no longer living). However, a deceased person without children has no obligation to leave anything to nieces or nephews and may leave everything to charity instead. Again, that is only where the deceased exercised her free will without undue influence and had full testamentary capacity.

12) Can you leave a child out of your will in Ontario?

A: Testamentary freedom means that you are in principle entitled to leave one or all of your children out of the will. Sometimes people do it because they disapprove of the lifestyle of the child. However, this will often lead to a will challenge after you die. The child might argue that you were subject to undue influence, particularly if you include some children while leaving others out. If you feel that you have a good reason for excluding a particular child (e.g., he has treated you badly) and have a desire to exclude that child, you should make the reasons clear in your will. Children born out of wedlock also have an equal status in an intestacy under Ontario law. Therefore, if you want to exclude them (including some you may not even know about), your will should be carefully written for that purpose. If the children are minors or disabled, they can also bring claims for dependent’s support against the estate.

13) Can a parent exclude a child from his will when this is motivated by a type of discrimination prohibited under the Canadian Charter of Rights and Freedoms, e.g., religious, sexual, or racial discrimination?

A: This is an open question, as it has not yet been fully tested by the courts. In one Ontario case that went to the Court of Appeal, it was argued that the father left one daughter out of his will for reasons of racial discrimination. The court side-stepped the issue by deciding that there was no evidence of this in the will itself.

14) What happens if the original of a will is lost?

A: It is important to safeguard the original signed will. Even if a photocopy exists, that may not be enough. If the original cannot be found, somebody who wants to challenge the will can argue that the deceased deliberately destroyed it with the intention of dying intestate.

15) Can someone with dementia change a will?

A: It depends on the facts. A will is valid if the deceased person had what is called testamentary capacity, which is a legal definition rather than a medical one. It requires a basic understanding of what his or her property consists of and who the potential beneficiaries are who feel that they may be entitled to share in the estate. There are different degrees or stages of dementia, and a person with mild dementia may still have testamentary capacity. The mere fact that somebody has a brain disease is not sufficient by itself to prove that he was incompetent to make a will, but it is a factor to be taken into account if there are other suspicious circumstances. This is something that requires careful assessment.

16) How much does it cost to challenge a will in Canada?

A: Going to court to challenge a will can cost many thousands of dollars, so you should make sure that you have a good case before you proceed. Sometimes, the legal costs of both sides are paid out of the estate, if there is a good argument for this, such as that the will was written in a confusing manner. However, in other cases the losing party in a will challenge not only has to pay her own lawyer but is also ordered by the judge to pay part of the legal costs of the other side. You should seek expert advice before you proceed. Rogerson Law will carefully assess your situation, and we will not advise you to proceed unless we believe you have a reasonable chance of success. You should bear in mind that it will never be a sure thing.

17) How long can you contest a will after death in Canada?

A: The general limitation period for launching any court challenge is two years in Ontario and most other provinces. That limitation period does not start from the date of death: it is two years from the date when a reasonable person would be able to discover that there were grounds for the challenge. That would usually be the date when you are informed about the contents of the will, but it may be different if there was important information that could not be discovered on that date. In particular, this limitation period does not expire when there was fraudulent concealment. If you only discover many years later that somebody deliberately concealed important facts (e.g., the will was forged, or it was not the latest will, or some of the estate’s assets were hidden by the executor) you can bring a challenge within two years of when you discovered it.

These “will challenge” and estate litigation Q&As were compiled by Peter S. Spiro, of counsel to Rogerson Law Group. They are provided for general informational purposes and may not be applicable to your individual case.

For your situation-specific advice, please contact our estate litigation lawyers in Toronto.

Tags: Contesting a Will in Ontario, Will Challenges in Canada