One of the important issues in the gig economy is whether workers are to be taxed as employees or as independent contractors. Tax Court decisions have gone back and forth about the extent to which the intention of the parties should be taken into account.

If the worker is classified as an independent contractor, the employer does not have to make contributions for CPP and EI. In some situations, the claim that the worker is an independent contractor is a self-serving and one-sided decision imposed by the employer to avoid these taxes and other legal obligations under Employment Standards legislation.  This is a frequently litigated issue.

The determination of whether a worker is legally an employee or an independent contractor depends on a complex factual analysis, and is not susceptible to being laid out in detail in the tax code.   The Supreme Court laid out the general factors to consider in a case called 671122 Ontario Ltd. v. Sagaz Industries Canada Inc.  2001 SCC 59 (“Sagaz”).

Decisions of the Tax Court and the Federal Court of Appeal have stated that, in the case of decisions affecting taxation, the common intention of the parties also needs to be taken into account.  Two of the important early decisions in this area are Wolf v. The Queen, 2002 FCA 96 (CanLII), an income tax case; and Royal Winnipeg Ballet v. Canada (Minister of National Revenue) 2006 FCA 87, [2007] 1 F.C.R. 35, where the dispute was about payroll taxes.

The jurisprudence in this area has been somewhat contradictory and unclear.  The decision in the Insurance Institute case is significant as it drills down into some of the conceptual problems in the application of the common intention principle.

In this case, Mr. Barlow worked as an insurance sales professional as his full-time occupation. In the evenings, he worked part-time teaching courses to prepare future insurance agents for the required licensing exams. These courses were provided through the Insurance Institute of Ontario, which had retained Mr. Barlow under an independent contractor agreement.

The curriculum was set by the Institute, and Mr. Barlow was paid a fee per course that gave him no meaningful opportunity for profit or loss. Thus, he failed to satisfy the main criteria usually applied for determining that a person is an independent contractor. On the other hand, there was no direct monitoring of his work, and it was up to him whether he wanted to teach a course or not in any particular semester.

Mr. Barlow testified at the trial, making it clear that he also intended to be an independent contractor. That is an important factor, as in some other cases employers have simply imposed that status on the workers.   Courts have ruled that “grudging acceptance” or “acquiescence” does not represent common intention. In the present case, the Tax Court judge found that there was a common intention, Mr. Barlow should be considered an independent contractor.

The Obscure Reasoning in Connor Homes

The Federal Court of Appeal’s most recent and widely cited decision on this topic is 1392644 Ontario Inc. v. The Queen (“Connor Homes”), 2013 FCA 85. That was a case in which an operator of foster care and group homes classified its care staff as independent contractors, but exercised considerable control over them, providing detailed manuals of operating procedure. They were paid by the hour and had no opportunity for profit. The court sided with the Minister, finding that the workers were in fact employees and should be taxed as such.  In Connor Homes, the court attempted to clarify some of the uncertainty left behind in its earlier decisions in Wolf and Royal Winnipeg Ballet.

The parties in a true employer-employee situation cannot just declare that it is an independent contractor relationship when this is clearly contradicted by the facts: “it is insufficient to simply state in a contract that the services are provided as an independent contractor to make it so.” (Connor Homes, at para. 36). There is jurisprudence defining the factual criteria that need to be examined in order to determine whether somebody is an employee or not.

On the other hand, the courts have generally stated that the subjective intention of the parties should be taken into account in taxation, which Connor Homes did not purport to roll back. How are these two principles to be reconciled?

The reasoning in Connor Homes laid out a two-step procedure:

[39] Under the first step, the subjective intent of each party to the relationship must be ascertained. This can be determined either by the written contractual relationship the parties have entered into or by the actual behaviour of each party, such as invoices for services rendered, registration for GST purposes and income tax filings as an independent contractor.

[40] The second step is to ascertain whether an objective reality sustains the subjective intent of the parties…. In this second step, the parties [sic] intent as well as the terms of the contract may also be taken into account since they colors [sic] the relationship.

If the Court of Appeal had kept paragraph 40 to a single sentence, the direction might be clearer. However, the problem is that it went on to say that intent may also be taken into account at the second step. That has been used in various ways in previous cases.

In the Insurance Institute decision, Justice Graham has taken this concern to a new level by noting the logical difficulty that is inherent in the two-step test set out in Connor Homes:

A Creative Compromise by the Judge in Insurance Institute

Justice Graham, having determined that common intention must have some impact, then set himself the task of deciding how it is to have an impact. In looking at the different possibilities of what the Court of Appeal may have intended, he concluded that it must be a requirement that the relationship should at least be “similar” to an independent relationship, even though it does not strictly meet the criteria:

[60] … If I were looking at this factor from a purely objective standpoint, I would conclude that it favoured an employment relationship. However, since I am to apply a lower standard, I need to consider whether the Institute and Mr. Barlow acted and carried on their relationship in a manner that was similar to an independent contractor relationship. 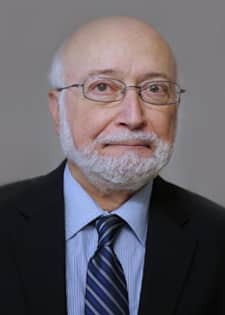 Based on this new “lower standard” of similarity test, Justice Graham concluded that Mr. Barlow should qualify as being independent, rather than being taxed as an employee. He was sufficiently similar to an independent contractor

It is a creative compromise, and it will be interesting to see whether it is appealed and how it will influence future decisions.  It is to be hoped that, by laying bare some of the important issues, this case will help bring some clarity to a tax subject that is frequently litigated and appears to have inconsistent decisions.

Peter Spiro is counsel to Rogerson Law Group for tax and estate litigation. This article is for general information purposes and you should seek specific advice for your particular case.